With 300,000 square meters of office space, Vadistanbul is the largest office complex in Turkey. Being the unique complex with this magnitude in horizontal architecture, Vadistanbul hosts the headquarters of major companies that direct the domestic and the global economy such as Socar, Alternatif Bank, TAV Havalimanları Holding, Mng Kargo, Evyap Holding, Kale Endüstri Holding, Polimeks Holding, and Mitsubishi Electric.

"The world’s business is in Vadistanbul"

Being the new attraction centre of the world and consisting of 9 blocks, Vadistanbul stands out as the first and the only mixed project of Turkey hosting all sorts of vital functions in the horizontal plane, which have been constructed such that all outfits would offer cross benefits to each other. Offering a net area efficiency of 78 - 80% in offices, Vadistanbul is seated at the intersection point of TEM, E-5, and Northern Marmara Motorway connections

The complex also has the five-star Radisson Blu Hotel, where you can comfortably host your guests. 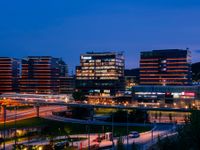 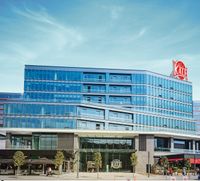 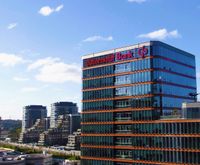 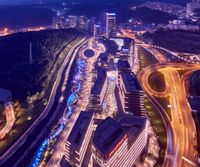